Home
India
What is Onam? How the festival is celebrated in Kerala and around the world – in pictures

What is Onam? How the festival is celebrated in Kerala and around the world – in pictures


Onam has begun for another year.

The important Keralite harvest festival is celebrated annually by Malayalees in Kerala, as well as those around the world. Celebrations take place for about 10 days and falls in the Malayalam calendar month of Chingam (which corresponds to August or September in the Gregorian calendar).

Celebrations have already begun, but this year the most significant part of the festival runs from September 10 to September 13. And although it is a Hindu festival, it's taken on such cultural significance that people of all religions in Kerala now celebrate it to some extent.

The festival celebrates the return from the underworld of King Mahabali, who was considered a great ruler.

It is said that the great king was sent to the underworld by Vishnu (or Vamana), but was given an allowance to visit his people once a year, hence Onam.

Legend has it that when Mahabali ruled, there was no discrimination based on caste, and there was no corruption or crime. The Kerala government made it an official holiday in the 1960s. The area in Kochi called Thrikkakkara is particularly significant during the festival, because of its temple.

There are public holidays in Kerala every year for the festival; this year there will be days off for Keralites from September 10 to September 13, with families spending time together and many people getting up early to pray.

Onam is not to be confused with Vishu (which was in April this year) and marks the Malayalee New Year.
What does Onam involve?
The feast

The highlight of the festival for many is the Onam sadya (sadya means feast). Vegetarian food is often served en masse in the community, in restaurants or at homes, and is always presented on a banana leaf.

The most important feast is served on Thiru Onam, the key date of the festival, which this year is on Wednesday, September 11.

Nine to 30 different dishes can be served, including curries, dahl, pickles, poppadoms, banana chips and more: 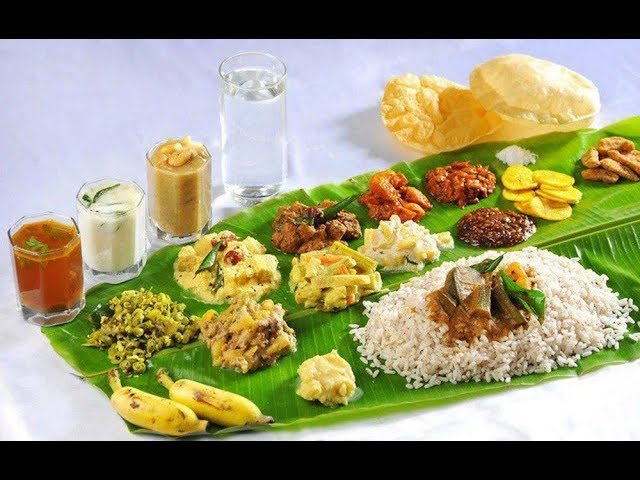 This particular kind of feast is generally only served during weddings or Onam, and so is cherished by all at this time of year.
The performances and events

There are many different performances and events as part of the Onam celebrations. One major event is the snake boat races. The vessels are similar to dragon boats, and are the region's traditional war boats that date back about 500 years.

Another important event is the Kummati Kali dances through the streets, particularly in the Thrissur district. The dancers wear colourful masks and cover their bodies in grass. Theyyam performers – considered to be direct lines to the gods – are also commonly seen during the festival and often perform at temples. 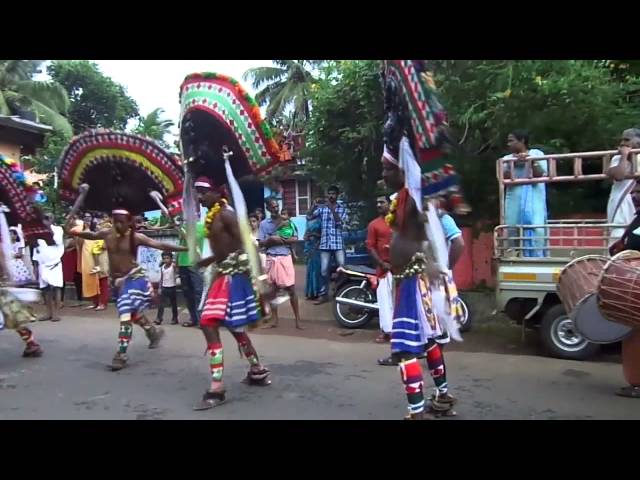 On the fourth day of Onam, performers dressed as tigers and hunters entertain people with their colourful costumes, dancing along to drums, emulating the 'hunt'. It is believed that the Maharaja of Cochin introduced the tiger dance as an Onam tradition around 200 years ago, and that he appreciated the macho spirit of the event. 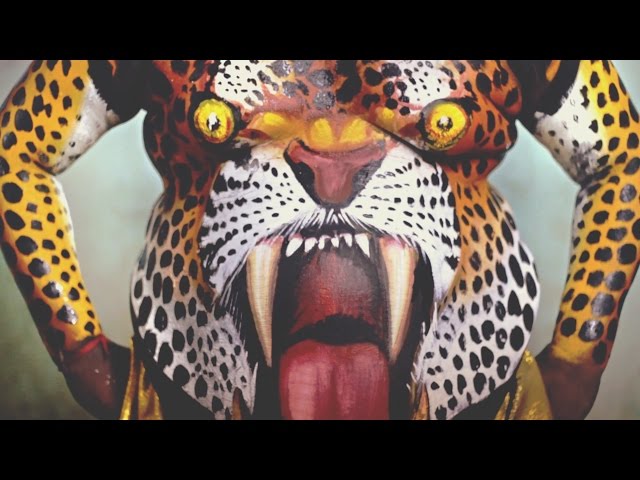 The flowers and the clothes

Much like during Diwali, people place flower arrangements around their community, and outside their homes, called pookkalam. They are considered auspicious and are placed to welcome King Mahabali.

Women wear a kasavu sari during Onam, a special cream coloured sari with a gold border. They also wear flowers in their hair. Meanwhile, men wear the mundu wrapped around their waist.