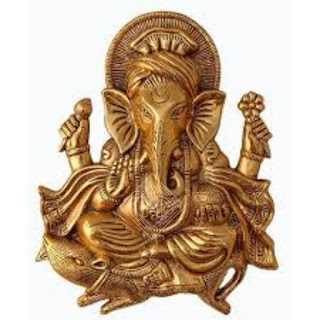 Earlier in the day, the Delhi Pollution Control Committee also stated that there will be no large congregations, community celebrations or idol immersion at public places on Ganesh Chaturthi in the national capital this year.

Issuing a set of guidelines, the DDMA said that during Ganesh Chaturthi, no idol of Lord Ganesha will be set up in public places.
A fine of ₹ 50,000 will be imposed on violators
Idol immersion in the Yamuna river banned
The Delhi Police and civic bodies have been directed to check the entry of vehicles carrying idols into the city.
Special attention will be given to anti-social elements and rumour mongers

The Maharashtra government made it mandatory for all 'mandals' to take prior permission from the concerned municipality or local authority for Ganeshotsav celebrations.
The government has capped the maximum idol height at 4 feet
Even the idols installed at home can not be taller than two feet.
Ganesh Mandals to postpone immersion of idols.
Processions to mark arrival and immersion of idols will not be allowed
There should be no crowds during daily aarti' and noise pollution norms must be followed

The Karnataka government allowed pandals for Ganesh Chaturthi, reversing its order from last week. The revised guidelines issued by Chief Minister B S Yediyurappa say public celebrations can be held on August 22, in a restricted manner.

One Ganesh pandal permitted per ward or village, and the organisers should not allow more than 20 people in the pandals at a time.
Cultural programmes are not allowed.
No public processions are allowed
Buying and installing Ganesha idols or while immersing the idols in wells
People should immerse the idol at home
Public Ganeshotsav organisers must immerse the idols within the locality. Devotees have to compulsorily wear face masks and follow all social distancing norms strictly.

Ganesh Utsav 2020 Guidelines issued by Pune Police
Idols should be purchased online.
Idols should be sold only at allocated open spaces, not on the roadside.
No processions will be allowed during the arrival, installation or immersion of the idol.
No crowding is allowed at pandals. The Pune Police said the number of devotees attending a puja at any point in time should not exceed five.
Ganesh mandals associated with temples have been urged to keep their idols in their premises to perform rituals during the festival. For other mandals, the Pune Municipal Corporation will allocate small areas to set up pandals.
Ganesh mandals have been asked to set up water tanks on their premises for immersion, as have residential societies for home idols
The Aarogya Setu app should be compulsory for mandal office-bearers.
All those present must adhere to COVID safety norms such as physical distancing and use of masks and sanitisers.
Rituals should be performed only by mandal office-bearers. Devotees can witness them online, via video conferencing or mandal members can take videos and send them across.
Devotees' visits to pandals should be restricted through an online token system.
Pandals are not allowed to set up food stalls or any other shop on the premises.
Mandals have been urged to organise blood donation camps or other welfare activities instead of cultural programmes, all adhering to all safety norms.
Ganesh mandals have been urged not to put up elaborate decorations to avoid drawing attention.

Ganesh Utsav 2020 Guidelines for Goa
Committees have been asked to limit celebrations to one and a half days.
Not more than 10 people at a time should be allowed to attend the rituals.
Fireworks are not permitted.
Individual celebrations should be restricted to members of the household alone.
No Ganesh Chaturthi celebrations of any kind are allowed in containment zones.
Only two members of a family will be allowed for immersions.
No common vehicle is allowed to be used for immersion. All parties must use their private vehicles.
Immersions are allowed between 5pm and 10pm at: Santa Monica Jetty; Ferry Warf, Panaji; Miramar Beach; Caranzalem Beach near Martins and Swimsea; Ferry Warf, Ribandar; Captain of Ports Jetty; Panaji; Manaswada, Sao Pedro and Fondvem, Ribandar; Four Pillars, Mala; Near Old PWD Office, Patto.
No processions are allowed while bringing the idol for immersion.
No gathering after immersion is allowed.

Ganesh Utsav 2020 Guidelines for Telangana:
The Telangana government has urged the public to celebrate the festival at home.
The Hyderabad Metropolitan Development Authority will procure and distribute 80,000 clay idols among devotees as part of efforts to ensure that celebrations are restricted to homes.
Idol immersion or installation is not allowed in public places. Public celebration of the festival is prohibited.