Why Jude Bellingham is already on the radar of football's powerhouses 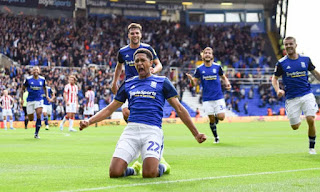 Not too many 16-year‑olds are the subject of dizzying YouTube compilations but, then again, few teenagers make the kind of splash Jude Bellingham has at Birmingham. Since making his senior debut at Fratton Park in August, breaking Trevor Francis’s record as the club’s youngest player, the midfielder has captained England Under-17s and belied his years to blossom into a first-team regular in the Championship, cementing his place as one of the country’s most exciting prospects.

But Bellingham is more than a potion of potential because he is performing now; he has scored four goals in 32 appearances and started six of Birmingham’s past eight league matches. Technically, he is a first-year scholar earning £145 a week, unable to sign a professional contract until he turns 17 in June. Those who work with Bellingham highlight his bite, work ethic and notably the physical strides he has made over the past months – his manager, Pep Clotet, revealed Bellingham had grown 2.4cm since the start of the season – and there is a sense he will end up as a No 8, though he has thrived on both flanks.

From a very young age his intelligence and competitive streak stood out to academy staff and towards the end of last season Bellingham was slowly exposed to the first-team environment before being named in the squad for a pre‑season camp in Portugal. 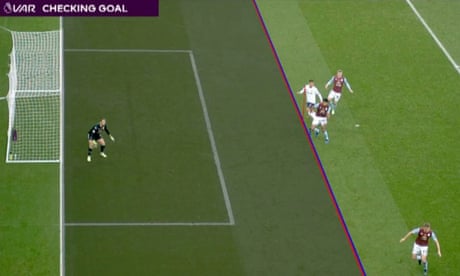 “We put a plan in place where we were integrating him into first‑team training on an ad-hoc basis, then a regular basis, then we had him part of the matchday squad as an observer, and then part of the matchday squad taking part in the warmup,” says Kristjaan Speakman, Birmingham’s academy manager, who also oversaw the progress of Demarai Gray, Nathan Redmond and Jack Butland.

“We were well aware that at some point in the first half of this season, the player would make his debut in the first team. Whenever that happens there are inevitably a lot of eyes and a lot of pressure but we wanted to make that as seamless and as comfortable as possible.”

Birmingham continue to carefully manage the midfielder’s ascent, having tried to strike a balance between challenging the player and allowing him to flourish at youth level, but the Stourbridge-born Bellingham has kept the club on their toes since joining their pre‑academy aged seven, after being identified by Simon Jones, the academy’s head of recruitment. At 14, Bellingham played for the under-18s and as a 15-year-old in October 2018 he got the winner on his under-23s debut at Nottingham Forest. In September, he scored on his first league start at Charlton, a fortnight after scoring the winner off the bench at St Andrew’s.

“It’s OK having a plan, but high‑level, elite players do not always stick to the plan because they gain momentum and need support at different points,” says Speakman. “If you had said to me before: ‘Will he score on his debut?’ I’d have said: ‘Yes, probably,’ because that’s the sort of thing he does. When you have the unique opportunity to follow a player like Jude’s journey through, it is an incredible thing for all of our staff that they have been able to see this boy grow and develop from a cheeky nine-year-old through to being a first-team player. There is nothing that beats that excitement, optimism and nervousness around a player making his debut for the first team.” Jude Bellingham in action against Brentford. ‘He plays with the freedom of a kid and long may it continue,’ says David Stockdale. Photograph: Paul Currie/BPI/REX/Shutterstock

Last Saturday Bellingham did a Maradona turn to wriggle free from Brentford’s Christian Nørgaard on the edge of Birmingham’s 18-yard box before winning a foul on halfway. A few days earlier against Barnsley, he showed hunger and strength to surge to the byline to steal possession from Mads Andersen before teeing up Scott Hogan to score the only goal. His back catalogue is arguably even more astounding, notably a 15-year-old Bellingham feinting to shoot with his right foot, reducing two Fulham Under-23 defenders to all fours, before bending a left-foot strike into the opposite corner [from 1:01 in the video below]. Then there is the 35-yard goal he scored for the under-16s against Manchester United. Against Sheffield Wednesday on Saturday, Bellingham has another opportunity to shine.

The Birmingham goalkeeper David Stockdale, on loan at Wycombe, has witnessed Bellingham’s progress first hand after being relegated to train with the under-18s last season, while the midfielder was sitting his GCSEs at Priory School in Edgbaston. Stockdale occasionally gave Bellingham a lift to training from the family home near Bromsgrove. “He sent me a picture of his results, so that was a nice moment for me,” says Stockdale. “He did really well – he’s a smart kid. At that time he was coming into training and then going back to school in his uniform, so you can imagine the kind of pressure.

“There are not a lot of people who could handle that. It just shows you what his mindset is like. He takes things on board; he tries to take in all the information anyone can give him. His mind works like a 25-year-old; he is very mature for his age, very approachable, polite, just a lovely fella who has all the makeup to go to the top. When we used to sit next to each other on the coach, I’d say: ‘I couldn’t hardly kick the ball over the halfway line at 16!’”The Fiver: sign up and get our daily football email.

The midfielder’s tenacity has fuelled comparisons to Dele Alli, who cut his teeth in the Football League with MK Dons, and Bellingham is on the radar of Europe’s powerhouses, including Ajax, Barcelona and Manchester United. “People are giving him the handle of ‘superstar’ but to him, it’s water off a duck’s back,” says Stockdale. “He plays with the freedom of a kid and long may it continue.”

Bellingham’s father, Mark, a sergeant for West Midlands police, was a prolific non-league striker, and his younger brother, Jobe, is an under-14 in Birmingham’s academy who plays slightly further forward and also up an age group for England. “They are wonderful kids, because of the home that they come from and that is all credit to his mum and dad, who are great people,” Stockdale says. “They are just a happy-go-lucky family and nothing fazes them. Hopefully one day we’ll see another brother partnership in England.”

Bellingham’s development is testament to the work of academy staff past and present – from Speakman to Mike Dodds, the influential lead youth development coach, the under-18s manager, Steve Spooner, and Paul Robinson, the former Birmingham defender who worked with Bellingham in the under-23s last season – but, above all, to the player and his family. On Tuesday, Bellingham, one of six academy players to make their first-team debuts this season, stayed behind after training to watch Birmingham’s under-18s beat Bolton. “We, ultimately, want to produce footballers, but we definitely want to produce good people,” says Speakman.